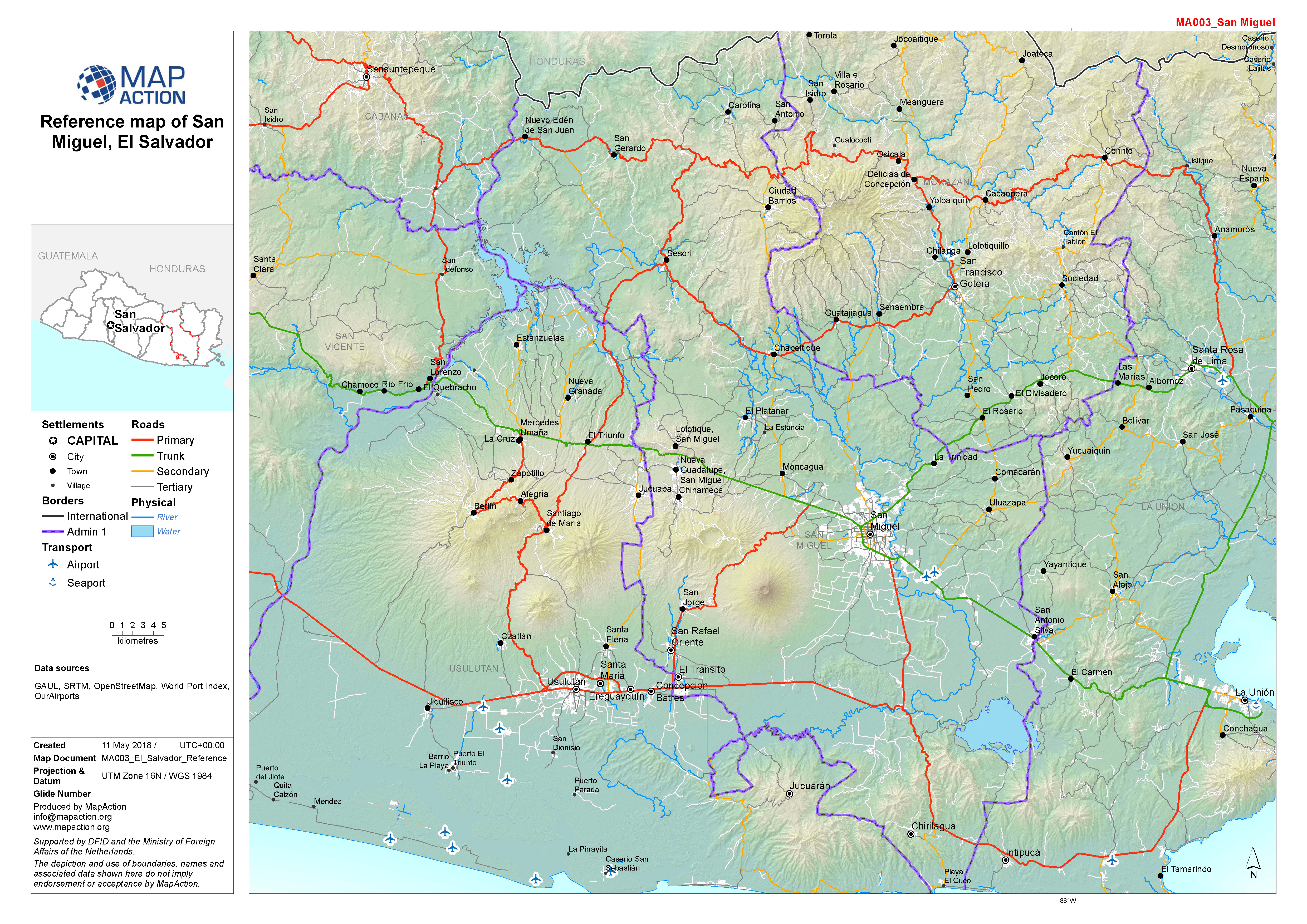 These maps show the physical ‘lie of the land’, and include information such as elevation, rivers and lakes. They allow the user to begin to understand the accessibility of an area. Flat areas near rivers may be prone to flooding or storm surges if near to the coast. On the other hand, these may be identified as potential helicopter landing zones or locations for camps for displaced people. Knowing where the mountainous regions are and their influence on temperature and rainfall will help to inform decisions when planning for winter.

These maps should be produced and distributed as early as possible in an emergency response. Those responders new to the affected area will need to get an overview of where everything is as soon as they can.

Topographic maps are useful for anyone planning IDP camps or other facilities where large open areas are required. Planners will want to understand whether areas are prone to flooding.

For pilots, understanding the topography is important as it may determine where they can fly, the route that they take and how they can take-off or land. They are particularly interested in the maximum height of major obstacles in the area, and peaks and valleys that can have an effect on weather conditions.

Use some form of digital elevation model or contours to show height, this is particularly key in mountainous areas where pilots will be flying.

Topographic maps can be used as base maps relating to floods, storm surges, telecommunications line of sight, or identification of potential IDP camp locations.