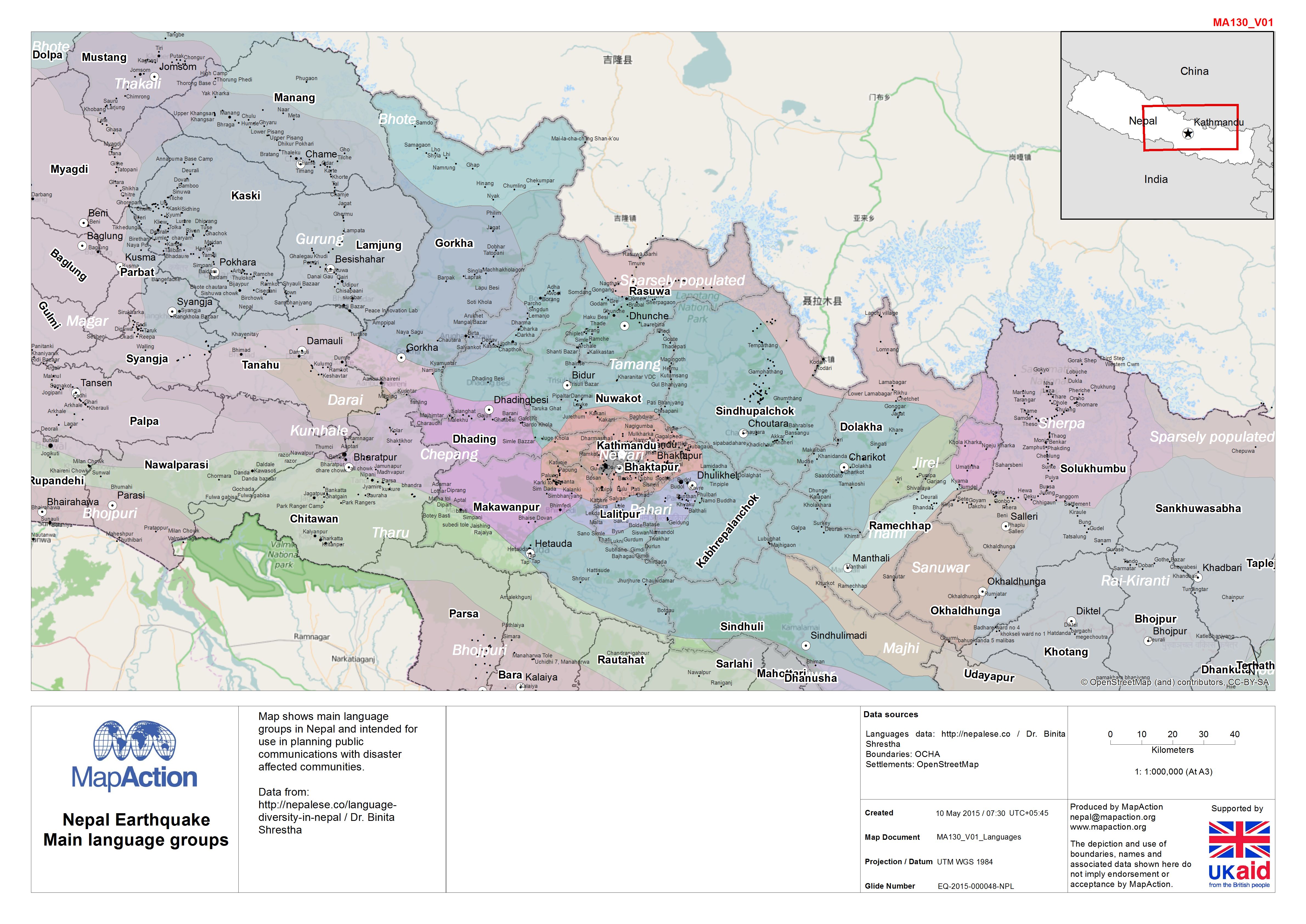 The ability to communicate with populations affected by disasters and emergencies effectively is key to understanding their needs. It is also important for communicating with the affected population about what is being done.

Where many languages are used and communicating with affected community about the response is important than as soon as the data can be obtained.

Anyone who is interacting with the local community, including assessment enumerators and broadcasters (usually community radio) across the operational area. The emergency telecommunications cluster will be interested as these maps may help to inform the best positioning of new infrastructure. Baseline products will typically be for international responders who are unfamiliar with the country or area. Most maps will be indicative of the language or languages spoken in the area rather than absolute, particularly when there is an element of migration.

For those communicating and interacting directly with the local community who need to know what language to communicate in. It may also lay bare a need to recruit local translators for an organisation or programme.

Language borders are likely to be fairly fuzzy as people may speak a mixture of languages. Where possible, also show some form of population or built up area data to give some context to the extents.