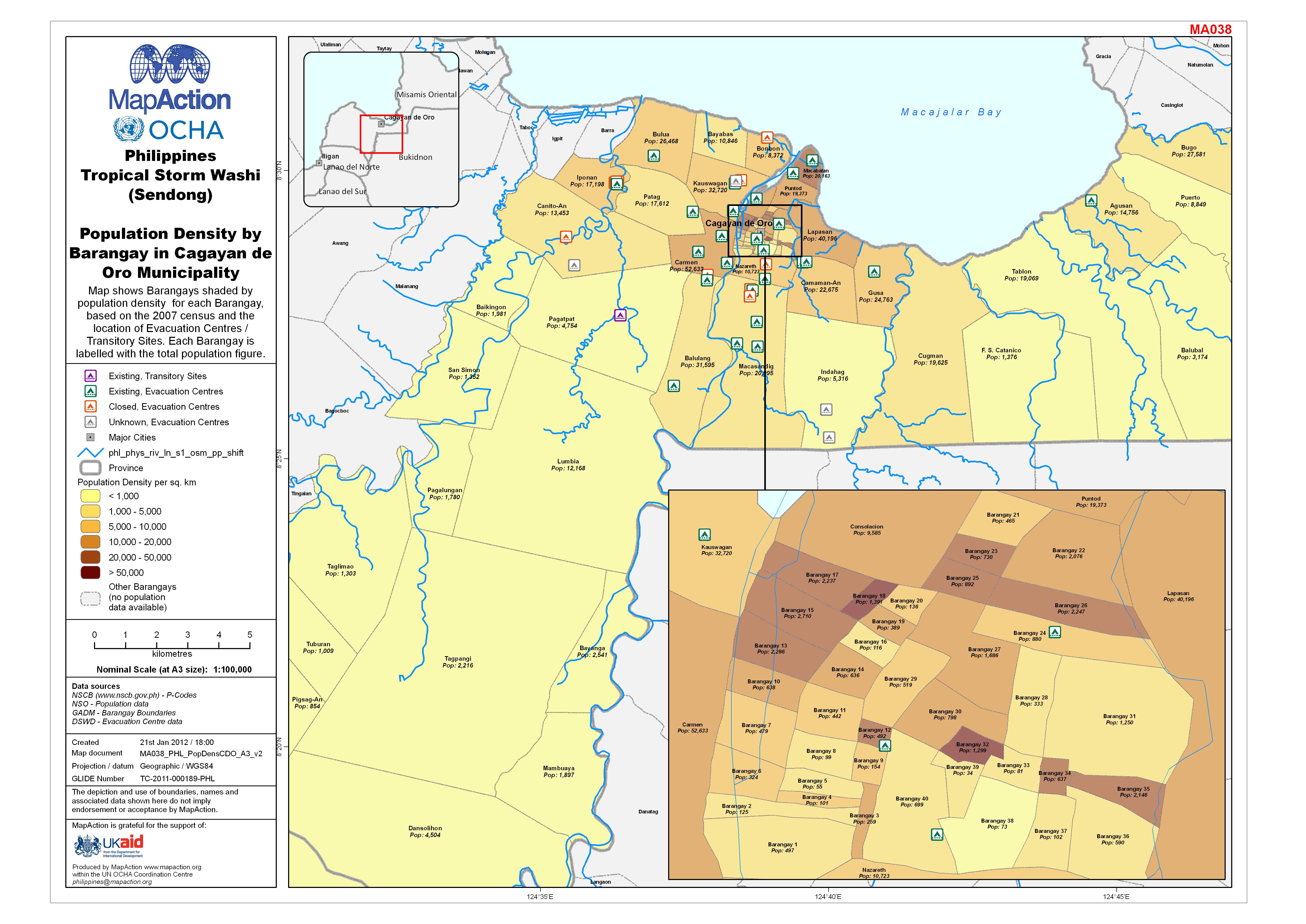 Shows the population for the area of interest before the emergency. It may show absolute population numbers per district, or population densities.

As early as possible in the emergency, possibly during the pre-deployment stage, subject to availability of data.

The spatial distribution of the baseline population of the disaster-affected area is of high importance in understanding the potential impact of the disaster. By cross-analysing physical impact indicators (even just a list of affected districts) with population figures, first attempts can be made to create a humanitarian profile for the emergency. Visualising the distribution of the population is often also important to create understanding of the complex spatial dimensions of a response, such as access constraints and numbers of people living in different livelihood zones (e.g. upland versus lowland farming).

Census data from the national statistics office should provide the most accurate picture of the population and include further demographics such as age, gender, number of those in school, etc.

It should be established whether this data matches the administrative boundaries dataset in use (which may be inconsistent due to boundary changes since the last census).

These datasets may be useful where locally-derived population figures are not available, or cannot be reconciled to administrative boundaries.